Laws that are in place to make our workplaces safe for women. Vishaka guidelines, promulgated by the Supreme Court, were in place since 1997. This was superseded in December 2013, when the Sexual Harassment of Women at Workplace (Prevention, Prohibition and Redressal) Act, 2013, or POSH Act, was passed. The Criminal Law (Amendment) Act, 2013, was also passed and Section 354 was added to the Indian Penal Code (IPC). This defines sexual harassment and the penalties for the offence. Additionally, with sexual harassment being a crime, employers are obligated to report offences.

ONUS ON EMPLOYER TO CREATE A SAFE WORKPLACE

WHAT AMOUNTS TO SEXUAL HARASSMENT AT THE WORKPLACE?

Unwelcome, sexually determined behaviour, whether directly or by implication:

HOW DO EMPLOYERS GO ABOUT THE INQUIRY

All workplaces with 10 employees or more are required to constitute an internal committee to probe an allegation. The committee will have to be constituted at all units or offices of a company.

Workplaces with less than 10 employees need not form an internal committee and all complaints will go to the local complaints committee set up as per Act by district officers in each district.

VICTIMS MUST BE ALLOWED TO SEEK TRANSFER 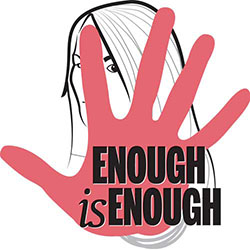 OUTSIDE OFFICE CAN ALSO BE WORKPLACE

Apart from office, any place visited by an employee during the course of employment, including transportation provided by employer for the visit, is covered under the Act.  If harassment takes place during a lunch meeting at a restaurant, it will also be covered.

AND THIS IS WHAT HAPPENS TO VIOLATORS